Sou Fujimoto “Pavilion Under the Heavens” reviewed by Manabu Miki

A Pavilion That Generates Spatial Discovery and Situational Continuity

Sou Fujimoto, an architect known for his ability to create multifaceted and unexpected spaces through fundamentally manipulating form, exhibited Pavilion Under the Heavens, a temporary installation at ROHM Square, ROHM Theatre Kyoto, between Saturday, December 18 and Sunday, December 26, 2021, that served as a symbol of the entire KYOTO STEAM—International Arts × Science Festival.

Fujimoto’s best-known pavilion is Serpentine Gallery Pavilion 2013, a work created for the eponymous art gallery in 2013. He designed the permanent installation Naoshima Pavilion (2015) as a new work for Setouchi Triennale 2016. Made with about 250 pieces of stainless-steel triangular wire mesh, Naoshima Pavilion is a polyhedron structure that allows people to enter inside, forming something that exists at the intersection of architecture, art, and playground equipment. Fujimoto has created several other pavilions overseas, including in Shanghai and Paris. Following his recent contribution to Pavilion Tokyo 2021, it truly seems like pavilions are a vital part of Fujimoto’s work.

What was the purpose of commissioning Fujimoto to design a pavilion? Yamamoto Mayumi, art director of KYOTO STEAM—International Arts × Science Festival, has this answer: “A festival with the theme of integrating art, science, and technology tends to be understood as a media art festival showcasing moving image and the latest kinds of equipment, but this festival is interested in presenting diverse possibilities that include these elements. As a field, architecture encompasses art, science, and technology. Additionally, by exhibiting something visual, we hoped to create a space that lets visitors physically experience the festival.” As shown not least by the Bauhaus, architecture is a truly comprehensive art form, always integrating cutting-edge technology, science, and art. Regarding collaborations between industry and academia, there are many examples of instructors teaching at universities while also engaging with architectural practice, not least Tange Kenzo, so such partnerships between industry and academia or industry, academia, and government have always existed organically. One of the aims of the festival is thus to present this origin of architecture in a simple format.

“While it is difficult to adapt a pavilion—an intermediate form of expression between art and architecture—into permanent architecture, a pavilion can be a model that suggests a new possibility of architecture,” says Iwata Masaki, head of design at Sou Fujimoto Architects, who is responsible for the pavilion’s installation. “With its amphitheater-inspired mortar shape, we designed this pavilion in such a way that visitors themselves were able to experience and discover the various spaces.”

About fifteen meters square and four meters high, this elliptical pavilion was made of 620 pieces of square-edge timber 120 millimeters wide and four meters long. The square-edge timber was piled up lying down and served no fixed role as architecture or furniture, such as a roof, pillar, wall, floor, or chair, but rather “emerged uncategorized” and performed similar functions when combined. Although it had an eaves-like structure, the pavilion had no roof due to its mortar shape, meaning the visitor could see the sky above them, as the pavilion name, Under the Heavens, suggested. It was difficult to see inside from the outside, but not entirely impossible to peek through the gaps between the timber. Likewise, it was difficult to see outside from the inside. Despite the mortar-shaped structure, it was finely undulated, like a physical simulation of the air flow around the pavilion. There was an opening in the southeast, through which visitors could enter and exit.

Fujimoto describes the pavilion as “small yet responsive to people’s bodies, and another inner space within ROHM Square,” and that we can perhaps regard it as a “theater within a plaza” as well as a nested plaza. It further resembled an amphitheater in how visitors, depending on how tall they were, could sit on the square-edge timber piled up at various heights and angles.

The completed pavilion was suitably both open and closed as a result, allowing each visitor to discover their own space and spot to relax. “Spatial discovery” is an element found in Fujimoto’s earlier architecture works. Fujimoto created private and semi-private spaces by changing the angle of connecting rooms in both Dormitoy in Date (2003) and T House (2005), which had an inventive, egg of Columbus–like element. Fujimoto later began adding three-dimensional instead of two-dimensional manipulations, and his “spatial discovery” and “spatial invention” became more differential. Serpentine Gallery Pavilion 2013 is probably an extension of this. The recent evolution of computer simulations has encouraged this shift. In order to ensure those do not become simply blue-sky proposals, however, the architecture firm engages with an excessive process of conducting studies with models and importing them into a computer for physical calculations and modifications.

For Pavilion Under the Heavens, a 1/60-scale model made with small pieces of timber, a 3D computer model, and, finally, virtual reality were all employed to shape it. However, the concept of this project seems to have originated with the Primitive Future House, which Fujimoto conceived in 2001 to create various functions and spaces by simultaneously piling up and shifting the floor. Pavilion Under the Heavens can also be considered an extension of Next Generation Mokuban—Final Wooden House (2008), built for Kumamoto Artpolis and partially realizing this concept by creating a cubic space with square-edge timber. To that concept, Fujimoto added the idea of the amphitheater—the prototypical form of public space where people come together, and which he acquired when designing Serpentine Gallery Pavilion 2013—and further developed into this pavilion. Such unbuilt plans or conceptual models are compatible with a temporary pavilion.

What of the pavilion’s relationship with the site? Fujimoto’s studio is known for conducting meticulous surveys on locations. Pavilion Under the Heavens was installed in the rectangular plaza that is the former site of Rikushoji Temple and currently sits in front of Kyoto Kaikan (ROHM Theatre Kyoto), a masterpiece of the postwar modern architecture designed by Maekawa Kunio and completed in 1960, and Kyoto Municipal Museum of Art Annex (formerly Kyoto Municipal Public Hall’s east building), an example of Japanese-Western eclectic architecture furnished with chidori hafu (plover gables), and which was designed by Kyoto Municipal Government’s construction and repairs department and completed in 1930.

Sandwiched between these representative works of prewar Japanese-Western eclectic architecture and postwar modern architecture, the pavilion’s shape as a mortar rising like an inverted triangle had visual continuity with the triangular and curving chidori hafu and eaves of Kyoto Municipal Museum of Art Annex, while the horizontal lines of ROHM Theatre Kyoto likewise had continuity with the horizontal lines of the pavilion’s laid timber. To wit, the pavilion was designed in such a way that it bridged both forms of architecture and created continuity. In addition to the spatial discovery and invention, this continuity and gradation may be another important element that constitutes Fujimoto’s architecture. As Iwata also points out, “Rather than segmenting the roles of furniture and a city, Fujimoto looks at them in a continuous manner.” His vision extends to the continuity between humankind and ecosystem that is artifact and nature.

What makes Fujimoto’s architecture unique is that he finds different approaches by deconstructing the customary functions and roles of architecture, and then fundamentally reconfiguring them. He is not, however, using new materials, three-dimensional curves, or algorithmic design, which are the consequences of technological advances that extend the existing functions of architecture. Rather, his work is especially innovative due to the use of even conventional materials, structures, and technology in new and inventive ways.

Implying the importance of thinking, conceiving, and practicing—the core of art, technology, and science—Fujimoto’s Pavilion Under the Heavens encapsulated KYOTO STEAM—International Arts × Science Festival. The idea of a theater as a plaza where people come together may serve as a hint connecting Expo ’70 with Expo 2025, for which Fujimoto will be in charge of venue design.

This article was produced for the official record of “KYOTO STEAM”.

Manabu Miki is a writer, editor, researcher, and software planner. Through his unique research into image and colour, he has worked in writing and editing within and across genres such as contemporary art, architecture, photography and music, while creating exhibitions and developing software.
His co-edited books include ”Dai-Osaka Modern Architecture ”(2007, Seigensha), ”Colorscape de France”(2014, Seigensha), ”Modern Architecture in Osaka 1945-1973” (2019, Seigensha) and ”Reimaging Curation” (2020, Showado). His recent exhibitions and curatorial projects include “A Rainbow of Artists: The Aichi Triennale Colorscape”, Aichi Triennale 2016 (Aichi Prefectural Museum of Art, 2016) and “New Phantasmagoria” (Kyoto Art Center, 2017). His software projects include ”Feelimage Analyzer ”(VIVA Computer Inc., Microsoft Innovation Award 2008, IPA Software Product of the Year 2009), ”PhotoMusic ”(Cloud10 Corporation), and ”mupic” (DIVA Co., Ltd.).
http://geishikiken.info/ 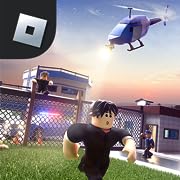 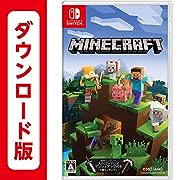