Guardian Deity of the Museum Launching Out Into the World

As part of the sculptures series SHIP’S CAT, SHIP’S CAT (Muse) was created to watch over the Nakanoshima Museum of Art, Osaka, and its visitors passing through a three-dimensional passage built into the museum interior, which opened in 2022with a distinctive black rectangular exterior. Yanobe produced this work hoping that it would become a symbol and a guardian of the museum that faces the Dojima River and would communicate with the world.

The museum was built on the site of the former medical school of Osaka University (formerly the Osaka Imperial University) in the Nakanoshima area. In the Edo period, the area was lined with warehouses where rice and other local specialities from all over Japan were gathered and traded, earning the moniker “the nation’s kitchen.” Therefore, the museum is also located on the site of the former warehouses of the Hiroshima clan. The warehouse had a funairi (an inlet for boat moorings), where people could directly enter a ship, and accommodated a branch of Itsukushima Shrine. Moreover, the Taminobashi bridge in front of the museum is named after Taminoshima island, one of the 88 islands of Namba in ancient Osaka, where religious services had been conducted for generations.

In other words, the houses of gods in ancient times became centres of wealth from all over Japan in later middle ages. They then turned into sanctuaries of science to cure people in modern times. At present, the Nakanoshima Museum of Art, Osaka, is home to one of Japan’s most significant art collections. Here, Yanobe imagined the cat would protect the treasure of art that heals people’s hearts.

The Hermitage Museum in Russia, one of the largest museums in the world, also has a cat as a guard to protect the artworks from rats. The role of the cat in the museum is the same as that of the ship’s cat. As such, Yanobe gave his series the role of the museum’s cat by adding a feather to the chest of SHIP’S CAT (Muse) as an emblem of the Winged Victory of Samothrace, the goddess of victory, as she lies at the bow of a ship. This is also symbolic of the art of sculpture.

SHIP’S CAT (Muse) wears a suit with an oxygen cylinder on its back, allowing it to follow both submarines and spaceships. The colour of the suit is international orange, which represents control towers that maintain the safety of rivers and sailing as well as the vermilion of Itsukushima Shrine. The figure is in keeping with the museum, further reminiscent of 2001: A Space Odyssey as it looks like a monolith or a spaceship. Located on the north side of the museum and facing north, SHIP’S CAT (Muse) gazes a t Polaris, the central axis of the celestial sphere, and invites people to the museum launching out into the world.

Manabu Miki is a writer, editor, researcher, and software planner. Through his unique research into image and colour, he has worked in writing and editing within and across genres such as contemporary art, architecture, photography and music, while creating exhibitions and developing software.
His co-edited books include ”Dai-Osaka Modern Architecture ”(2007, Seigensha), ”Colorscape de France”(2014, Seigensha), ”Modern Architecture in Osaka 1945-1973” (2019, Seigensha) and ”Reimaging Curation” (2020, Showado). His recent exhibitions and curatorial projects include “A Rainbow of Artists: The Aichi Triennale Colorscape”, Aichi Triennale 2016 (Aichi Prefectural Museum of Art, 2016) and “New Phantasmagoria” (Kyoto Art Center, 2017). His software projects include ”Feelimage Analyzer ”(VIVA Computer Inc., Microsoft Innovation Award 2008, IPA Software Product of the Year 2009), ”PhotoMusic ”(Cloud10 Corporation), and ”mupic” (DIVA Co., Ltd.).
http://geishikiken.info/ 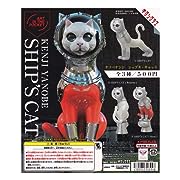 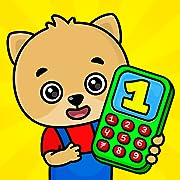 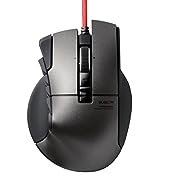